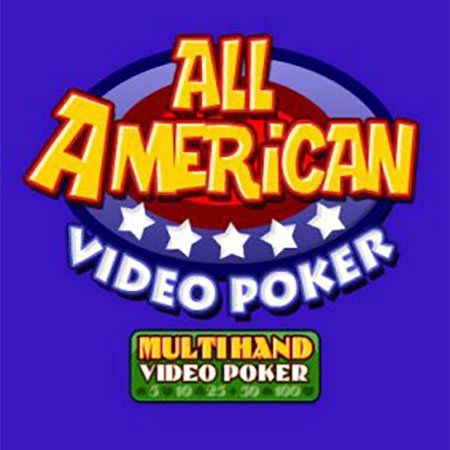 Poker is a game that’s played all over the world in various forms. One of the most basic forms of poker, and one that many people grew up learning to play along with other card games, is five-card draw. The idea is that you’re given five cards, you get to discard some of them to receive new cards, and then the player with the best hand after the discard wins. Unfortunately, you need multiple people to play, and that’s not always possible. Video poker gives you a chance to have the same type of gameplay as five-card draw without needing other people to play with you.

Here’s how a typical hand of video poker would unfold. You are dealt five cards, and you decide which ones you’ll discard. You choose those cards and press the discard button. The cards you choose are tossed, and new cards are drawn from the virtual deck in their place. The five cards you end with will be used to determine the best five-card poker hand you could hold, and that holding will be compared to a pay table that’s based on a list of possible poker hands. If your hand is good enough to be on the pay table, then you win a payout based on a multiple of your bet size.

The Idea of Strategy

Strategy is a very important part of video poker. The basic idea is that there are 32 different ways to choose discards from five cards (including not discarding any, also known as standing pat). You’ll normally be able to quickly narrow down your hand to two or three possible ways to play your hand based on common sense out of those 32. The strategic point of video poker is knowing how to choose which of those two or three ways are the best.

Something that’s really cool about this genre of casino games is that there are a ton of variations. The most popular game, and the most basic, is Jacks or Better. This is a non-wild card game that gives payouts for making at least a pair of jacks, and that’s where the name comes from. Virtually every single non-wild card game out there is based around Jacks or Better, so it’s a good first game to learn. It’s also very instructive because of how its pay table works.

The two key payouts that you need to pay attention to in a non-wild game’s pay table are the ones for a full house and a flush. A game’s pay table is often denoted by the payouts for these two hands. For example, 9/6 Jacks or Better will pay 9x for a full house and 6x for a flush. The 9/6 pay table is the best one available for Jacks or Better, and you shouldn’t ever settle for worse because it’s just a waste of money. You’ll find 9/5, 8/6 and even 8/5 pay tables out there, and the only difference is that you don’t win as much money with the same hands.

For people who want to get in on the action with online video poker, there are two keys to the experience. The first is learning to choose the strongest pay tables you can for the game you want to play because it maximizes your chances of winning. The second is to learn the basics of strategy and then proceed however far with your study that you want. Overall, this is a great game with a lot of depth and a lot of flexibility for players.