Although this is another slot with the Megaways system, some players will still prefer BTG’s Bonanza slot machine. While playing White Rabbit, you will probably notice the feature drop option that enables you to buy the bonus round.

The symbols resemble the characters of Alice in Wonderland with The Red Queen, The Mad Hatter, Tweedledum and Tweedledee, The Cheshire Cat and Dodo. The other high paying symbols are the red, blue and green gems, and standard numbers and letters are lower value symbols.

Alice is the wild symbol, and only appears on reels 2, 3 and 4. The wild substitutes all over symbols except the scatter, cupcake or feature drop symbols. You can play this game from 10p up to $20 per spin. The feature drop can be bought at any time during the game, which will reward you with 15 free spins and start the bonus game.

Gameplay and Bonus Round

During the base game, you will notice a sleepy caterpillar, and at random moments, he wakes up to blow out smoke circles that can add up to 4 bonus wilds to the reels combined with a multiplier up to 3x. The March hare is the scatter, and with three of these, you will trigger the bonus game and be rewarded with 15 free spins.

The bonus round is where this game gets interesting as you play the bonus on a new set of reels, and if a cupcake symbol lands, it gets replaced by two new symbols and the reel gets extended by 1. At this stage, the Queen’s reel becomes active, which is an enhanced reel with extra Red queens and Wilds.

After the reel has reached the maximum of 12 symbols, the feature will re-trigger, and you will receive another 3 to 12 free spins. As soon as reels extend, there are more ways to win, although you would need to be very lucky to get up to 248,832 ways to win.

We tested White Rabbit’s bonus round several times and were able to reach up to 55.000+ ways to win. As mentioned, you can buy the free spins bonus for $10 to $2000 depending on what stake you are playing at.

The Red Queen, the Mad Hatter and other characters from Alice in Wonderland have been featured on a slot machine for players to enjoy. It is available at Big Time Gaming casinos around the world with an impressive 248,832 ways to win during the extended reels feature and 16807 ways to win during the base game. In this article we’ve discussed how White Rabbit has evolved into a Megaways slot machine that features eerie renditions of classic fairy tale characters like Tweedledum and Tweedledee, Dodo and more; but we haven’t talked about why you should play it today! If you love slots games or are looking for something new, make sure you check out our online casino reviews page.

The wagering requirement is 50x for the deposit bonus and winnings obtained with bonus spins. 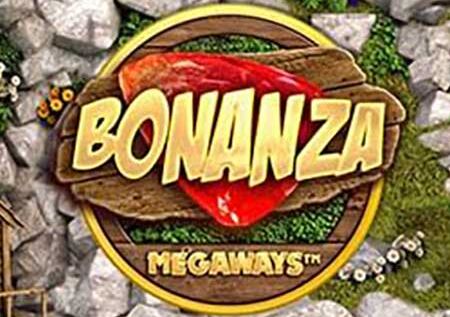